People poo-poo TED Talks as being infotainment that’s full of fluff and skirts the deep truths of a topic all for the sake of entertainment. Man, are they missing bigger picture of the TED organization.

Big TED Has Lost His Mojo 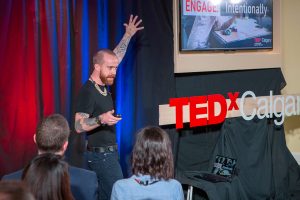 Well, maybe they’re right at some levels, but geez louise, nobody is perfect. Maybe it has to do with the jealousy of the popularity and success of the TED organization, its production, and its (perceived) well-heeled audience/participants. Maybe it’s because they think that headliners of global proportions should be available to the masses. Maybe they think that everything that matters comes from grassroots and is passé when it hits the mainstream. Sort of like how Burning Man used to be cool, until a lot many “regular schmucks” started showing up, it got bigger, and entry prices started to balloon.

Maybe the crux of the “TED ecosphere” as it has wandered along the path of Darwinian evolution has been lost on these people. Maybe they’re ignoring the biggest part of TED now. Maybe they’re just plain oblivious to where the vast majority of the TED movement is located.

Maybe they’re not a part of TEDx. 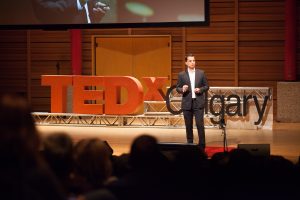 TEDx events occur in the local community and are to give a voice to those who may normally not be heard. Wow, this sounds like the ethos of TED that people say has been lost. It turns out it’s still there, just in a slightly different manner. Slightly, being the operative word. There is a strict set of criteria for Lil’ X to be follow in order to maintain the look, feel, and ethos of Big TED. While this may seem oppressive and limiting in what these local events can do, it provides a framework for consistency and known quality for tens of thousands of people who attend annually.

TED For The Masses 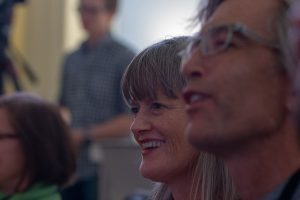 The people who attend the local TEDx events, don’t pay the huge sums of money. They don’t have to be the well-heeled members of society, but sure can be. They are a bunch of grassroots people who believe in the theme of the event, curious to learn something new, and willing to step out from behind their keyboards. For many, TED Talks are only an online experience with an entire audience of one. You. No one to lean over and say, “Wow, that’s cool.” TEDx is local. You get to see, talk to, and often touch the speakers. It’s a collective experience away from the black mirror of your phone screen where all five senses are engaged. This means talking with the person beside you in the audience. This means, smelling the person in front of you in line for coffee or a snack.

It means being fully engaged. 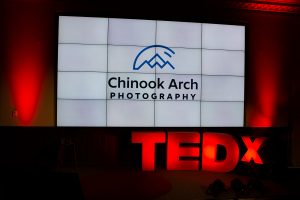 As a sponsor and volunteer of a local TEDx organization, I find myself involved in the back-end, the front-end, and the inbetween-ends of an event. As a photographer, I get a vantage point of no one else. I see what no one can because I am everywhere, observing and capturing everything.

During the talk itself, there are only so many photographs you can get of a person on stage talking for 17 minutes. And with multiple photographers working with me, someone will get that perfect gesture or facial expression. What I live for is looking back at the audience. Seeing them intently listening. Hearing new ideas. Rolling around these concepts on their cerebral palate of their mind and thinking. Intensely thinking. 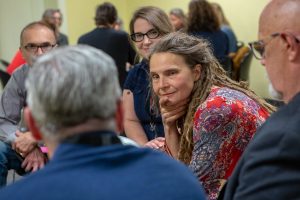 At the end of the day, every single attendee has had the opportunity to learn something new. To engage with intention. To be entertained, enlightened, and challenged with ideas that may be new or foreign to them. 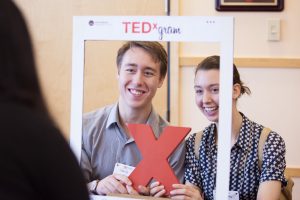 Sure the TED Talks are sexy and get the majority of the media attention. There’s only one global TED Talk and it happens once a year. By contrast, 2,700 TEDx groups in 133 countries, have created roughly 25,000 events with some 50,000 talks presented with the vast majority of them freely available online. On their youtube channels, TED Talk has 15 million subscribers. TEDx has 19 million.

Quietly, surreptitiously, and under the guiding hand of Big TED, Lil’ X has become bigger. Each of these events, is accessible to the grassroots people who are said to be alienated from Big TED’s audience as costs are low and there’s no need for travel. It sparks local thought on international topics across all classes.

Those who think TED Talks has sold out are being myopic and missing the whole picture of what TED is doing. Maybe they’re not truly inquisitive enough to ask the deeper question of what TED has become. Maybe they haven’t spent enough time away from their keyboard, out in the wild, and hanging with all the Lil’ X’ers. 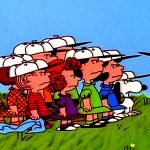 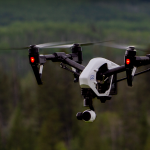