In a bit of a departure, I bring into the sunlight of my life a few images which have given me a sense of completeness. Shots I created where I was in the moment, had that sense of soaring while I created it, and the internal “wow factor” which comes from consciously enjoying the moment as it unfolds and the afterglow of having done it. What follows are strong images with powerful stories for me. And yes, IT IS all about me! 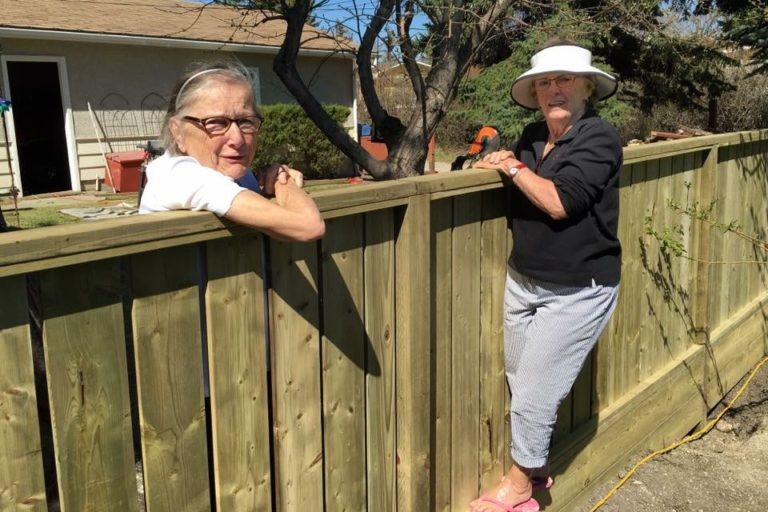 For 50 years of my life, these two ladies have been talking over this fence about life, the going ons of the neighbourhood and sharing each others’ ups, downs, and generally being there for each other.  With a third version of the fence being built, it took a matter of minutes for them to assume their regular position. Seeing them assume their 50 year old pose, I dropped by fencing tools and grab my photographic tools and captured what had been an image of my childhood long gone and for all time long into the future. I captured the moment because it was there. Because I recognized its importance. Most importantly, I captured it for me, for them, and for the 5 kids who grew up witnessing it. 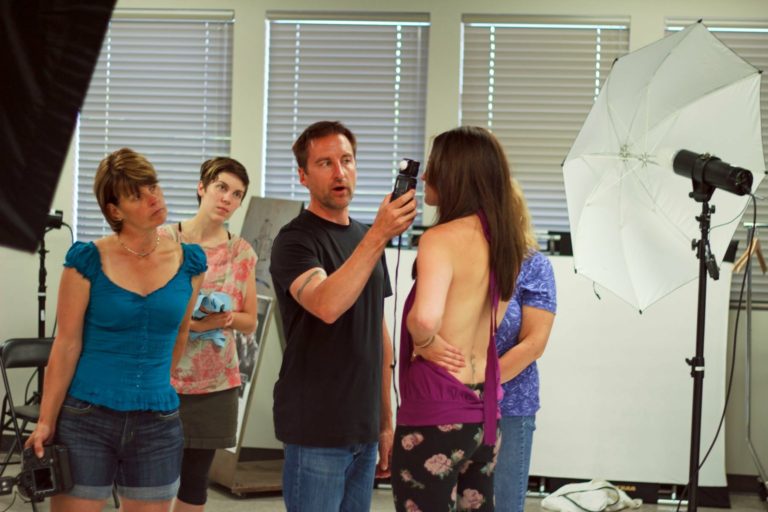 Everyone takes pictures. A lot of people think they (or are told) they take great images. Some believe they could sell them if they wanted to, but don’t. Others do it as a small cottage hobby type thing and buy all the gear, talk all the lingo, and call themselves various versions of a pro after attending a long list of seminars and workshops. I went many steps beyond that and got the good, the bad, and the ugly of being a professional photographer in an extensive course which hit me straight in the face. Dealing with the aspects of financials, clients, and dealing with the business of photography whetted my appetite for it. There was the click in my brain telling me I had crossed an abyss from which there was no returning. My camera had become my cash register and I was using my skills to shoot for others and their cash. I had become part of the 0.03% of those in the world who have a camera who are paid for their camera skills. And to successfully do that requires more than just taking pretty pictures. 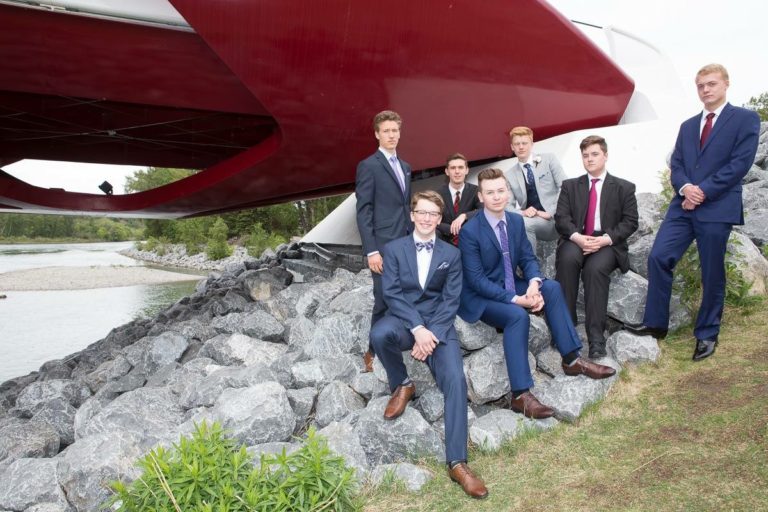 Youth hopped up on excitement of celebrating their transition from youth to adulthood is a tough group to corral, control, and direct, especially when there are 18 of them. Dealing with this issue, locations with oodles of other grads, and directing them to areas where I have envisioned awesome shots means there are a great number of plates being spun at the same time. It is difficult to be artistic with so many other drains on my attention and my mind’s CPU. I nailed it though. The boys wanted a shot on some rocks just like another group had done and I gave them the shot. But really, it was my way of getting them down towards another set of rocks I had seen and the shot I had envisioned. No one else had been there. The angles were great. There are powerful triangles throughout the image and I nailed it. It was a classic example of a what a professional photographer does by working with the client and giving them more than they asked for, but just what they wanted.

Playing With The Big Boys 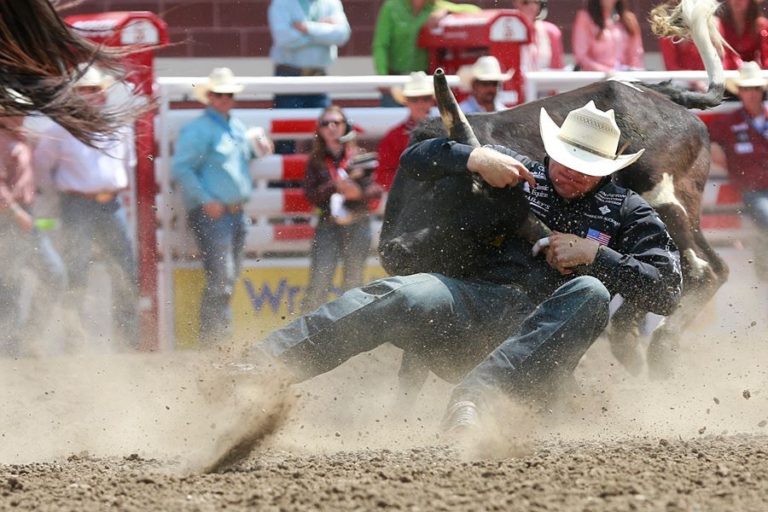 There is something magical about getting in a spot no one else can. There is something perfect about getting the image no one else can get. There’s something about having your elbows nestled down in the dirt of the rodeo grounds of the Greatest Outdoor Show on Earth and shooting the living daylights out of a rodeo with chunks of dirt and pieces of manure whizzing past your ear and over your shoulder. Growing up with the Calgary Stampede means I’ve seen it from all the angles the public can see it from. There’s something about seeing the chuckwagons from the back rail, being up close on the fourth corner as they head into the homestretch. But getting close and personal to the rodeo has always evaded me. For one spectacular and hot n’ sunny day, I got the chance to stand with 3 other international photogs and the CBC cameraman beneath the stage and in the dirt and shoot the Greatest Outdoor Show on Earth. This experience was for me and no one else.

Acting On A Vision 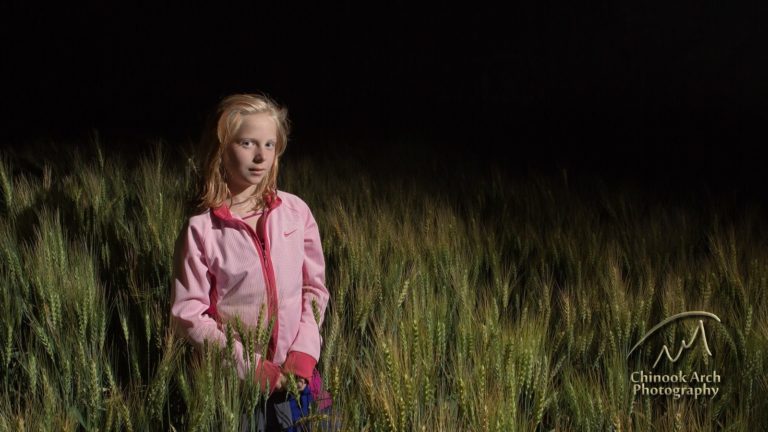 The saying “the best camera you have is the one you have with you” is very true. But many times it to take a thought to a vision, to an image means you have to have more than “just a camera.” Case in point a family barbeque down along the world famous Bow River. I had the owner don his fly fishing gear and I had snapped some great shots of him fishing a quiet spot of the Bow River. Nice, serene, and images many have raved about. Leaving the farm in the early evening I witness the wheat fields at a beautiful height and many different aspects of an image came rushing into my mind. I took the family for a 20 minute exercise in gonzo portrait photography and employed them all in making an image that came close to nailing what I had envisioned. Not perfect, by damn fine for me. The best part being I have this image to be expanded on with other subjects and make the image exactly what I had envisioned and even more.

Thanks for indulging me in my journey with this post. I now return you to your regularly scheduled program. 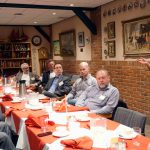 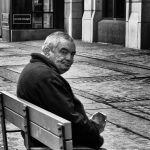 Getting Gritty In The CoreArticles