Drones in Canada entered a new world of regulations in June 2019. Goodbye to the infancy of drones where there were no rules, yet at the same time, oppressive rules were in place to create a confusing world for most. 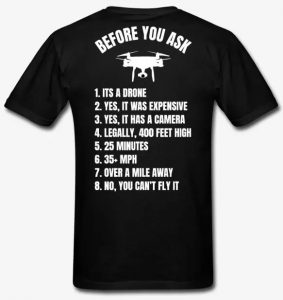 I flying drones for a living. Not all the time, but they are a greater and more integral part of the company. I am a airplane pilot. My career spanned over a quarter century in a large corporation’s computer and engineering departments. I have been flying drones since Spring 2013 with DJI’s original Phantom drone. I have formal training and hundreds of hours of flight time. I have all the certifications, permits, insurance, and legal necessities to fly drones commercially in Canada.

This article is based on where I come from, what I have experienced through the recent regulation changes, and is peppered with some half-assed wisdom to predictions.

This Is Not Your Father’s Model Airplane

Consumer remote control (R/C) aviation has been a niche area that largely remained unchanged for decades. Gas motors were joined with electric motors. Helicopters became a player at specialized and sanctioned (R/C) airfields. These aircraft have largely been excluded from the regulations governing aircraft in Canada.

This R/C landscape, which had been stable decades recently changed with R/C quad-copters. Technology like GPS, micro-accelerometers, and the ever-shrinking of microchips came together for the perfect combination of tehcnology to make drones “work.” Much like home computers in the early 1980s where it wasn’t until Apple and Commodore commoditized computers that prices dropped and the personal computer started to propagate throughout the world. Quad-copters, or drones are in the midst of become similarly commoditized by companies like DJI and Parrot. USA figures show $40M in drone activity in 2012 becoming $1B in 2017. That’s a 2,500% increase in five year.

With this growth, drones in the hands of countless “pilots” with little or no training. Making it potentially unsafe for bystanders, buildings, and other aircraft in the sky. They take off in a local park, fly wherever they want, as fast they can, all with limited understanding of the physical limitations of the drone. All this being done while gawking at everything and everyone through a high-resolution camera without anyone’s consent or, possibly, knowledge.

There are two polarized camps. Camp #1 sees drones as a menace to society. All drones are to be considered airliner killers and a blatant invasion of privacy, peacefulness, and a commercial and recreational device to be shot out of the sky whenever possible, be it literally, figuratively, or legislatively. 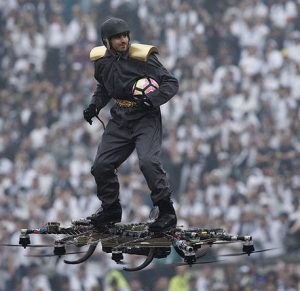 Camp #2 doesn’t understand all this hubbub. They see drones as the aerial equivalent of a Roomba, just substantially cooler. They fly where they want, when they want, and there’s no need to regulate this toy. This group are generally oblivious of the potential impact drones can have on safety.

I’m somewhere in the middle. As an Early Adopter with the original DJI Phantom in 2013, I get what drones are all about. My career was over a quarter century burrowed deep in enterprise-level technology. I am also an airplane pilot with a lifetime of passion for flight. Sometimes I push my drone’s flight near the edge, but I do so with a deep understanding of the situation. The vast majority of my time is spent flying “low & slow” and keeping my brain ahead of the drone by at least 15-30 seconds. Let the drone get ahead of the pilot and bad stuff will happen.

For most people, however, the fact they need to pass a test to fly their drone for recreation and entertainment can be seen as oppressive. When writing my Transport Canada exam I had questions on hypoxia ,which is fine if I was to be over 10,000ft without supplemental oxygen, but completely useless for a drone pilot standing on the ground 100% of the time. So there is some work to be done to iron things. Transport Canada was a year delayed with these regulations. I hope they realize it is 98% right when made it live.

Transport Canada has set out 3 types of drone flyers:

‘s a lot more than this, but this is the basics. You can do a deeper dive here.

I understand I’m in a different world than most. I’m a safety-conscious nut. I am an aircraft pilot. I fly drones commercially. I am not a weekend warrior of the skies.

I participated in forums with Transport Canada while they were crafting, consulting, and revising the new regulations. I love drones were seen as “playing with the big boys” and included in the Canadian Aviation Regulations (CARs) which set out the rules for all aircraft, including the likes of WestJet and Air Canada. To me, this was forward thinking and understands drones will be a bigger and bigger part of the traffic in the air, albeit lower and slower than full-sized aircraft.

Across the spectrum of knowingly non-compliant to basically unaware we ask each other “If common sense is so common, how come there’s so many idiots in the world?”

The world of drones definitely has its share of these people. How is it they don’t just “get it” when it comes to flying these things. It breaks down into three primary categories: 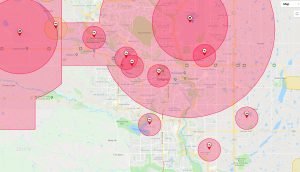 Where you cannot fly in and around Calgary

It’s going to take time for everyone to get up and running with these new regulations from Transport Canada. In the first month, I talked with many government agencies who have a limited understanding of drones outside the media coverage. This coverage typically isn’t positive focusing on reckless flyers and invasive peeping toms. These agencies’s sets of rules are based on the old set of Transport Canada regulations and lack an of understanding of commercial operations on a small scale.

To put it in perspective, today when a client wants me to photograph the outside of condo unit for less than 15 minutes downtown Calgary I need to secure:

All this is on top of getting my Advanced Drone License, registration of my drones, special commercial insurance, and creation and approval of company operations procedures & policies.

Is the public going to do all this? Nope. Will the local police know the right things to look for, to do, and how to react when they are faced with someone flying their drone? As the first-level enforcers, I am afraid the majority of the police will be working from a position of lack of factual knowledge and will fall into Camp #1 and presume drones as being a menace to society. Guilty until proven innocent. 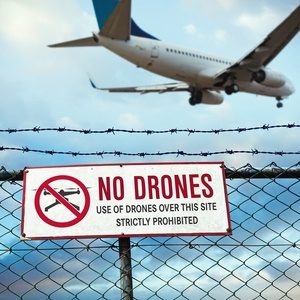 As a commercial drone operator and aircraft pilot, I’m comfortable with most of new. As a recreational drone dude, I get there needs to be regulations in place. I fear the lack of respect for others and for pilot’s responsibilities, that the general public will make it tougher and tougher to fly drones anywhere other than some distant farm field. That airports have to post “no drone zone” signs points out how far we still need to come to make common sense common.

I suspect the novelty will wear off and there will be a group of drone flyers who stick with it. They will understand the impact of flying drones and will work within the guidelines and rules put in place. When the majority fly respectfully, I hope the restrictive rules will be relaxed by front-line enforcement.

As a current drone pilot, I take on the role of educator, debunker, and poster boy of what drones can do for fun and for work. If we all play nicely together and help each other out, then the flyers, the regulators, and the general public will all come out ahead. If we don’t, then the skies could get bitter and rather nasty.

Let’s be safe out there! 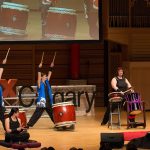 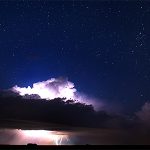